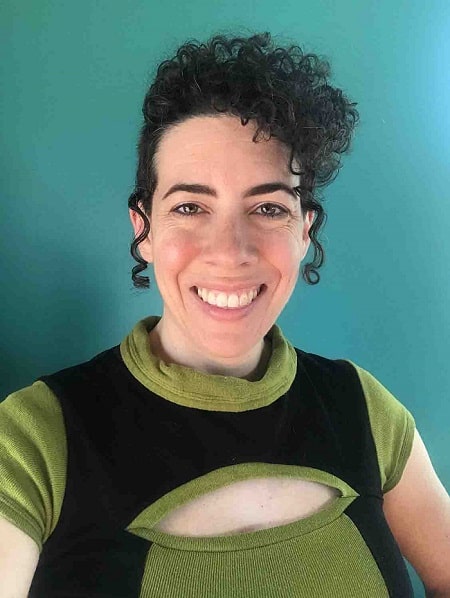 Calico Davis is a writer and letterer. She got her start way back in 2004 with her webcomic The League of Mad Scientists. She was a founding member of the women’s comic creator group The Lady Bugs and had her comic “Wanton Hours” published in their inaugural Lady Bugs Anthology in 2016. Later that year her comic “Derelict” was published in The Secret Anthology, a collaboration between The Lady Bugs and the Sketchy Bug Group. In 2017 her comic “The B Squad” was published as part of The MANthology. In 2018, she self-published Artificial, a collection of four of her own comics about robots and A.I.s, including “Wanton Hours” and “Derelict,” as well as two new stories. Currently she is working on a 100 page superhero graphic novel, Fizgig, which she hopes to bring to Kickstarter soon.

She can also be heard as the voice of Airheart, a gravity-controlling superhero exploring space, in the actual-play podcast Vixens of the Void and she is a regular cast member on the YouTube show Pass the Plot. She will also soon be debuting her own podcast Dig This, in which she interviews her fellow archaeologists for their wildest field stories.